Our Sharing the Love 2011 Favorites wedding photo contest ended last week and we’ve been busy tallying the results.    There was a lot to tally.  The photos received over 1,600 likes and over 300 comments on Facebook.  More than 500 comments were made on our blog.    And the winners are… (drum roll please!)

Total votes are a combination of Facebook likes & comments and votes on our blog.

Jen, the First Place winner, happened to come in today to finalize her album.  When we realized this afternoon that she was the winner, we thought it’d be fun to present her with a trophy.  That is when we discovered there were no trophy shops in our neighborhood.  We then opted for a large check.  Who would have thought that it takes about 24 hours to have a large check made?  So, while Alice was showing Jen her wedding album designs, James was in the next room making a large check from scratch. 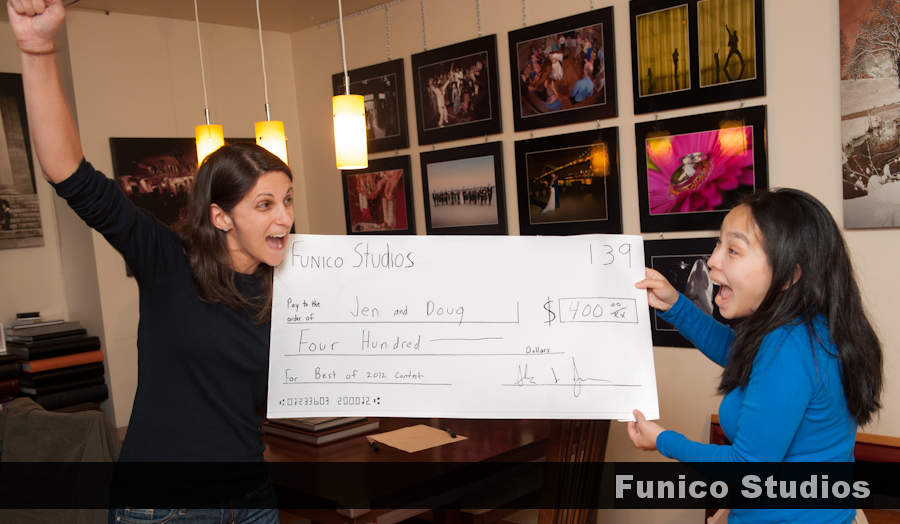 Thanks to everyone who participated in the contest.  Congrats to all the winners and congrats again to all of our 2011 newlyweds!  We will work on designing a trophy for next year’s contest.